I don't know.  Maybe it's the waves that draw me in... Or maybe it's the beautiful South County beaches with soft sands and rocks that glow in the golden light of the setting sun.  Whatever it is, I love Rhode Island. 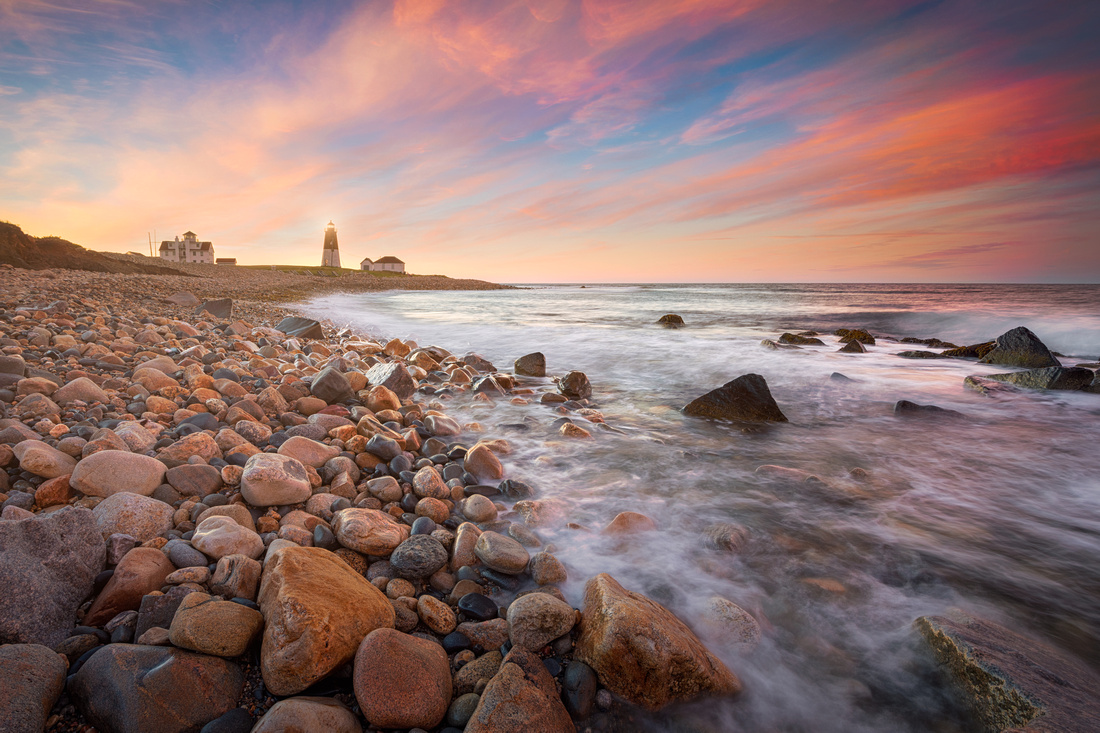 This image was captured at one of my favorite places for sunrises - the Point Judith Lighthouse in Narragansett, Rhode Island. 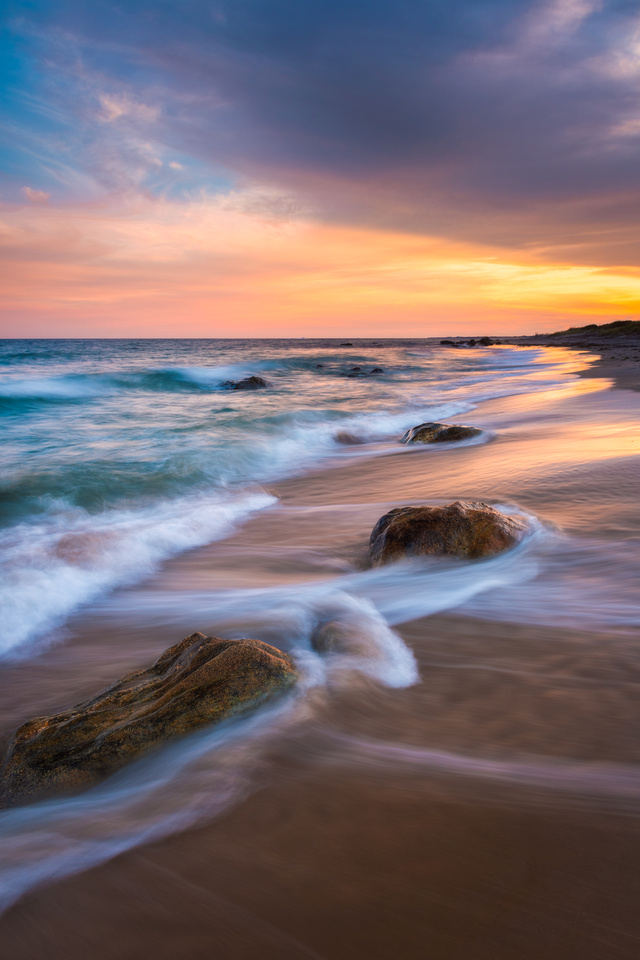 This image was the most recent capture at a favorite spot of mine in South Kingstown, Rhode Island.  I love how the glow of the setting sun lights up the wave line on this beach.  As I was capturing this shot, the waves were plummeting me.  And I couldn't have been happier to be drenched - photographing wave patterns using a slight long exposure such as 8/10 of a second to one second is incredibly therapeutic.

Kim Carpentier Photography
thanks so much, John! I truly appreciate it!!
John Briggs(non-registered)
These images are exquisite! The light, colors, and the softness of the surf blend into a dreamy seascape that makes you want to be there... experiencing the sights and sounds of the moment. Awesome work, Kim!
No comments posted.
Loading...
Subscribe
RSS
Keywords
Lensbaby beach long exposure ocean rhode island rhode island seascapes seascapes south county waves monochome
© Kim Carpentier Photography
Powered by ZENFOLIO User Agreement
Cancel
Continue